As temperatures soared into the 90's, approximately 1000 protesters participated in a Black Lives Matter protest and march Saturday afternoon in downtown Ypsilanti. The protest was organized in the wake of the killing of George Floyd by a white Minneapolis police officer on May 25. Protest organizer Ayanna Bennett asked prior to the protest that the public come out and support Black Lives Matter and demand justice.

Several speakers addressed the crowd of protesters Saturday from the steps of the Ypsilanti Public Library. Speakers included organizer Ayanna Bennett and Congresswoman Debbie Dingell. While addressing the crowd who gathered on Michigan Avenue, Dingell stated, "We have to have hope and this is the moment. If not now, when?"

At approximately 3:30 pm, protesters began marching through the streets of downtown Ypsilanti. Demonstrators marched north on Washington Street before heading west on Cross, and down Hamilton. As marchers approached the intersection of Hamilton and Michigan Avenue, the protesters turned right on Michigan Avenue and marched to the Ypsilanti Police station. As hundreds of protesters sat down on the grounds of the police station, several organizers addressed the crowd from the front doors of the police station.

Tensions grew as one organizer demanded that a black police officer have a discussion with her in the street in front of the station. Moments later, organizers called on and confronted Ypsilanti Police Chief Diguisti and engaged him in a tense conversation in the street in the middle of the crowd of demonstrators. According to a demonstrator who was in close proximity to the heated discussion between Chief Diguisti and organizers, the organizers wanted DeGuisti to take the microphone and address the crowd. According the protester, DeGiusti stated that he did not want to take the mic, but agreed with the protest organizers. Purple Walrus Press cannot confirm the contents of the heated discussion. PWP was given this information from a demonstration participant.

By 5:00 PM, the protesters headed back down Michigan Avenue where the demonstration wrapped up. 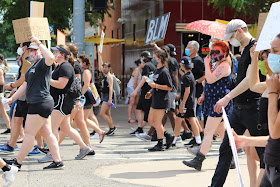 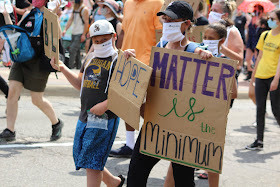 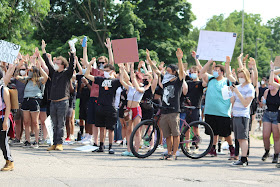 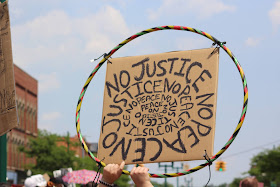 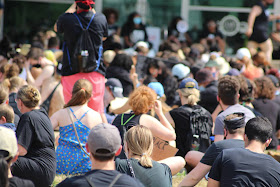 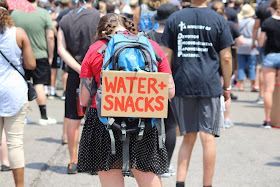 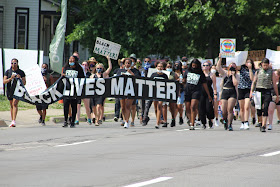