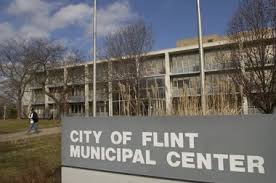 I have been asked repeatedly since August 2020 what I think about the proposed settlement of $641.2 million from the State of Michigan, City of Flint, Rowe Engineering and McLaren Hospital for the personal, property and business damages to Flint residents due to the ongoing Flint Water Crisis. I have been very clear that of course the amount of money isn't enough, but it is a start. We need to hold these Defendants accountable and push for the remaining Defendants: the EPA/Federal Government, Veolia & LAN to do the right thing and settle as well. I have been very clear and steadfast with my concerns that the money is not enough to dramatically change anyone's lives or pull people out of the poverty that's stricken half of our City BUT we need to ensure that the money that the Flint residents receive will not force them to lose any of their stability and State programs like Medicaid, SSI, food benefits, housing vouchers, childcare, Autism services, Rides to Wellness, mental health services, educational services and more.

The residents in Flint deserve to be paid for their losses and suffering. We have been patient. We have been civil. We have gone through nearly 5 years of litigation, including 15 appeals and we have won. Our speaking out about the injustices in Flint have helped save people from being poisoned from their own tap water in countless cities. Flint residents and Allies speaking up is what forced the changes so far. Nothing was accomplished through silence. I am EXTREMELY grateful for my team of amazingly compassionate, tough, supportive and understanding attorneys who trust me to speak the truth about what is happening in Flint and who support the voice of the people they represent. THANK YOU to Michael Pitt, Cynthia Lindsey, Bill Goodman, Julie Hurwitz and the attorneys who have stood up for me and Flint residents and fought side-by-side to get justice for Flint residents. THANK YOU for giving up 5 years of your lives and career for a City that many officials and attorneys have painted as not worth it. Thank you for listening to us, even when we are angry, and supporting our fight in and out of the courtrooms.
Today is a big day for Flint as we may finally begin to personally see some justice and acknowledgement that what has been done TO US in Flint is wrong and that we deserve the supports and resources to eventually recover from the past 6.5 years of trauma inflicted upon us and hope that it will lead to even more reparations from the remaining Defendants.
Here is an interview I did back in August and I still stand by my words and in gratitude for my close legal team who never treated me as the opposition.
"Somebody had asked me, “Why don’t you demand trillions?” Well, then there’s also the reality of the situation that we’re supposed to have a two or $3 billion state deficit and a budget deficit next year, so where’s that money going to come from? And then, also, they’re not the only defendant. We still have the EPA and the federal government, we still have the city, we still have the private engineering firms, Veolia and Len, They don’t have to worry about state budget and they were just as hands-on in this as the rest of them. Depositions are still ongoing, information is still being uncovered, guilt is still being made clear.
And they should take the state’s lead and say, “Okay, well, it’s the state who has fought us tooth and nail for years on this lawsuit over, and over, and over again.” Mays v. Snyder has bounced from federal Supreme Court multiple times, and then state Supreme Court, the County Court of Claims state court, federal court, it has been all the six circuit court of appeals. And there’s like 15 different appeals and we’ve won every one of them. And so, this has been an ongoing process of almost, yeah, so five and a half years, four and a half years of just legal back and forth and delay and deny. So if the state, who fought us the hardest, is saying, “Okay, it’s time to settle and give these people justice.”
And it’s not enough, it’s not ever going to be enough, no number is going to be enough. But these private firms, they don’t have to worry about state budgets and they do have money, and they should do what’s right by us. And also the federal government, of course, who knows what’s going on with that right now, they need to do what’s right too and stop dragging us through because all they’re doing is continuing to traumatize us and tell us that we aren’t worth it. And we wear the shirts that say Flint Lives Matter because they’re telling us by their actions and their words that they don’t, and that you can poison 100,000 people, and ruin futures, and kill people, and get away with it if you’re in the government. And because we’re poor, we’re a majority black city, and so they’re just like, ” You don’t matter.” So we fought back to prove they’re wrong."
at 9:12:00 PM
Email ThisBlogThis!Share to TwitterShare to FacebookShare to Pinterest