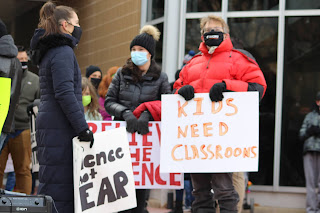 Approximately 100 parents and health professionals braved frigid temperatures to participate in a rally in downtown Ann Arbor Saturday afternoon calling for a safe return to voluntary in-person learning. Demonstrators called for a "Reasonable Return" to voluntary, hybrid in person schooling. Recently a petition was signed by over 600 community members reportedly following the opinion of 130 local physicians and pediatric providers. According to a statement from protest organizers, "Health experts agree that schools can reopen and remain open safely, without driving COVID transmission."

Demonstrators carried signs saying, 'Set a Date Families Need A Choice', 'Children Before Unions' and 'Kids Need Classrooms.' The demonstration began with protesters chanting 'Communicate Set A Date' and 'Whitmer Says Open Schools/Doctors Say Open Schools.' Many of the parent protesters brought their school age children to participate in the protest which began at noon.

The debate as to whether or not schools should return to in person learning has been contentious in the Ann Arbor area. What is for certain is that all members of the Ann Arbor school community are deeply divided on the issue.

at 3:07:00 PM 3 comments:
Email ThisBlogThis!Share to TwitterShare to FacebookShare to Pinterest 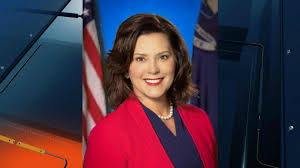 Governor Whitmer will be delivering her State of the State address Wednesday night January 27. This will be her third State of State address. The address is going to be virtual.

The address is scheduled to begin at 7 PM and will be live streamed.

The governor is expected to talk about her COVID-19 recovery plan and a new job initiative. The plan would have to be approved by the Republican controlled legislature.

at 9:16:00 AM No comments:
Email ThisBlogThis!Share to TwitterShare to FacebookShare to Pinterest

From The State Emergency Operations Center: 21 Shipments of COVID-19 Vaccine Impacted Due to Temperature Issues During Shipment. 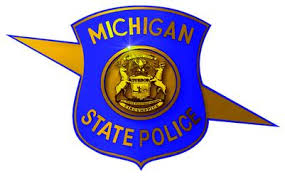 According to the Michigan State Police, the Michigan Department of Health and Human Services (MDHHS) has been notified by McKesson that several shipments of Moderna vaccine shipped on Sunday, Jan. 17, had their temperature reported as going out of range and getting too cold. The cause of this is under investigation by McKesson.

According to Tuesday's press release, each vaccine shipment is equipped with a temperature monitoring device used to monitor the vaccine temperature while in transport. According to the statement, McKesson is working quickly to repack additional vaccine to ship out as replacement doses for those that may be compromised and the majority of the 21 shipments were resent on Monday night with the rest being sent Tuesday. An additional six shipments were held back to check that there were no issues with the vaccine which may delay scheduled vaccinations at those six vaccine provider sites.

According to chief medical executive and chief deputy for health Dr. Joneigh Khaldun, “We are committed to accelerating vaccine delivery as we work to reach our goal of vaccinating 70% of Michiganders over age 16 as quickly as possible with the safe and effective COVID-19 vaccine. “Although it is unfortunate that this vaccine will not be able to be used, we are pleased that the safeguards put into place to ensure the integrity of the vaccine worked. This is the first report of vaccine potentially being compromised during shipment in Michigan and we are working quickly with the distributor to have replacement vaccine shipped out.” This according to the press release from the Michigan State Police.

at 9:53:00 PM No comments:
Email ThisBlogThis!Share to TwitterShare to FacebookShare to Pinterest 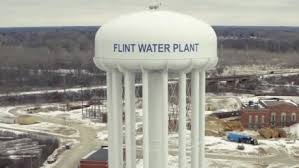 Former Michigan Governor Rick Snyder has been charged in the Flint Water Crisis. After an investigation, Snyder was charged on Wednesday with willful neglect of duty regarding the lead contamination of the Flint water system and a regional outbreak of Legionnaires disease.

Snyder has been charged with misdemeanors that are punishable by up to one year in jail and a fine of $1,000.

The Flint Water Crisis began in April of 2014, when a money-saving decision was made to use water from the Flint River as the city's water source during the construction of a pipeline from Lake Huron. Corrosive water from the Flint River was not treated correctly and lead was released from old corroded pipes and plumbing into Flint homes. Thus, the entire water system for the city of Flint was contaminated with poisonous lead. It was 18 months before the Snyder administration took any action.

On a personal note, those of you who are regular Purple Walrus Press readers know that Flint is my hometown, and that I have a vested interest in the charges brought against Snyder. I hope justice prevails.

at 12:18:00 PM No comments:
Email ThisBlogThis!Share to TwitterShare to FacebookShare to Pinterest

Vice President Pence Will Be Called Upon Monday to Invoke 25th Amendment.

In the aftermath of the attempted coup on the U.S. Capitol  in Washington D.C. Wednesday, House Speaker Nancy Pelosi has stated that the House will attempt to pass a resolution that will call on Vice President Mike Pence Monday to invoke the 25th Amendment in order to remove Trump from office. If this resolution doesn't pass, Pelosi stated, "We will proceed with bringing impeachment legislation to the floor." The 25th Amendment states that if the President  becomes unable to do his/her job, the Vice President becomes President or Acting President.

Fasten your seats everyone, it's gonna be a bumpy ride.

at 7:55:00 PM No comments:
Email ThisBlogThis!Share to TwitterShare to FacebookShare to Pinterest 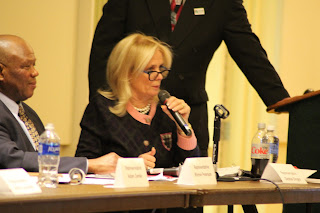 Congresswoman Debbie Dingell (D-MI) released the following statement after the House and Senate officially certified the votes of the Electoral College.

“Yesterday, our democracy bent, but it did not break. Though these Republican-led efforts to overturn our election were unsuccessful in this moment, the cracks they caused in the foundation of our democracy gave domestic terrorists license to invade the United States Capitol. Now, as we move towards the inauguration of President-elect Joe Biden and Vice President-elect Kamala Harris, we must begin the difficult work of restoring faith in our government, uniting this nation, and holding those responsible for yesterday’s attacks accountable.”

at 8:45:00 AM No comments:
Email ThisBlogThis!Share to TwitterShare to FacebookShare to Pinterest 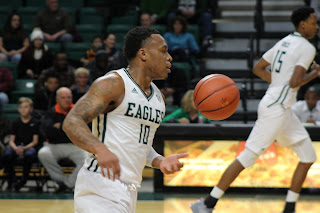 According to the Eastern Michigan University Athletic Department, changes have been made in the basketball schedule due to the COVID-19 pandemic. Todays game against the Golden Flashes of Kent State University has been postponed. The game will be rescheduled for a yet to be determined date. Further, the game that was scheduled for January 5 against Akron has been pushed back to January 9.

According to President/Director of Athletics Scott Wetherbee, "We continue to use an abundance of caution, as we have throughout the pandemic. The health and well-being of our student-athletes, coaches, and staff associated with the men's basketball program is of the utmost importance to us."

at 11:55:00 AM No comments:
Email ThisBlogThis!Share to TwitterShare to FacebookShare to Pinterest
Newer Posts Older Posts Home
Subscribe to: Posts (Atom)