Roughly 60 people participated in a rally and march commemorating International Women's Day on the campus of EMU, Wednesday, March 8.

The rally began outside of the EMU Student Center at noon and featured several speakers who addressed a variety of issues including women's rights, gender issues and racism.

Strong winds were a blowin' but that did not discourage demonstrators from marching across campus to Welch Hall in a strong show of solidarity against social, economic, and political inequality.

According to demonstrator Jill Dimond, who is part of a majority women worker-owned cooperative called Sassafras, "We decided to strike in solidarity with working women and marginalized women who are under the most threat under the Trump administration." 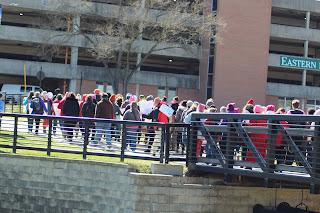 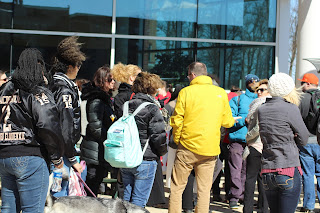 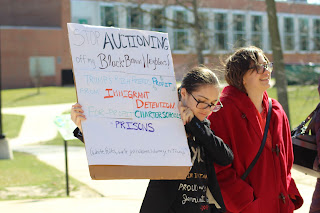 at 3:05:00 PM
Email ThisBlogThis!Share to TwitterShare to FacebookShare to Pinterest