Temperatures soaring into the the mid nineties did not discourage the enthusiasm of approximately 1000 sweltering supporters as they cheered candidate for governor Abdul El-Sayed and Bernie Sanders at the Abdul For Michigan Get Out The Vote Rally with Bernie Sanders at the Eagle Crest Marriott Hotel in Ypsilanti Sunday.

The event was held on the rolling back lawns behind the hotel adjacent to the golf course that happened to be teeming with golfers during the rally. The picturesque setting provided an interesting backdrop to the inspiring rally that was bursting with palpable optimism, enthusiasm and dissatisfaction with the status quo.

Those attending the rally responded to speakers with passion and exuberance as they melted in the heat. Not a soul left the rally uninspired because the messages from Abdul El-Sayed and Bernie Sanders rang loud, true and right on target.  "People in Michigan are good people. We must reach beyond the division and hatred between people," stated El-Sayed to the riveted crowd. "When will we stand up for healthcare for all." "Why is it that people in Flint still don't have clean water?"

At approximately 6:45 pm Bernie Sanders was met by loud cheers as he approached the podium to stir up support for the Abdul for governor campaign. "We are not going to allow demigods to divide us up. We are going to come together!" stated Sanders. "This is a transformative election. This is saying here in the United States we want to do things differently."  Sanders message was clear and neatly summed up the positive and important mission in the Abdul For Governor campaign when he stated, "We should not have a president who is dividing us up based on color and ethnicity.

With days left before the primary election the campaign for Abdul El-Sayed could not have done a finer job getting out their message of change and defeating the status Quo and just as importantly, Getting Out The Vote. 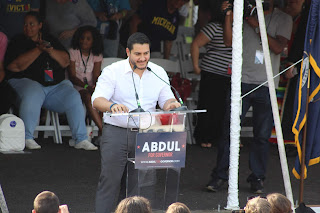 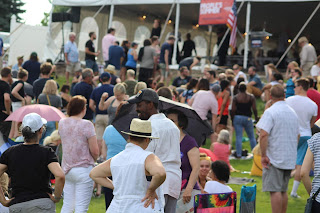 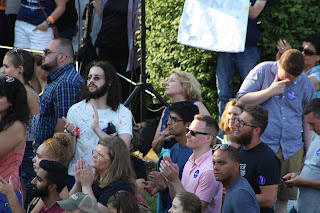 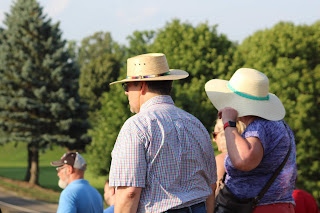 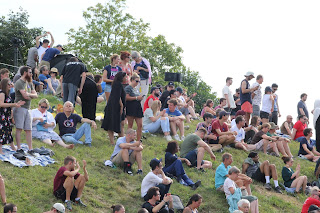 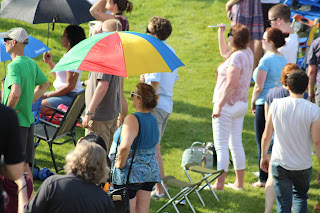 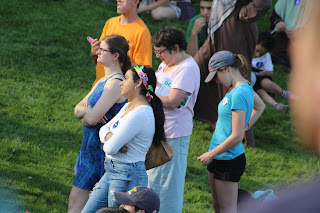 at 9:51:00 PM
Email ThisBlogThis!Share to TwitterShare to FacebookShare to Pinterest