Dozens of Former Michigan Football Players Who Say They Were Victims Of Dr. Anderson Will Hold A Press Conference Wednesday To Demand Action From University. 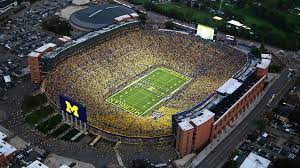 According to a Tuesday press release, former students-athletes and other students will, "Call for immediate action ahead of this week's U-M Board of Regents meeting."

Over the past year hundreds of  U-M students have accused Dr. Anderson of sexually assaulting them at the university. Anderson's career at Michigan spanned a period from the 1960's until 2002.

at 11:59:00 AM
Email ThisBlogThis!Share to TwitterShare to FacebookShare to Pinterest