I had the pleasure of speaking with Ypsilanti Twp Trustee Candidate Monica Ross-Williams last week. It is obvious that Monica is deeply committed to Ypsilanti Township and the entire community. Her answers to my interview questions are thorough and highlight her keen insight into Ypsilanti Township. 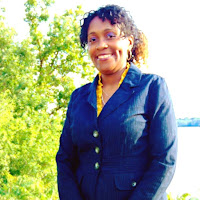 1. What inspired you to run for elected office in Ypsilanti Township?


My inspiration for running for public office first starts with my late Father, T. Walter Ross. Dad, although he was not a public office elected official, was an elected Union Official Recording Secretary in the mid-1970's at former UAW Local 735 - then General Motors Hydra-Matic Plant. Although, quite young when my Dad ran and won that office, I remember him taking me to various union events in his quest at the time to be elected. Also, I remember the signs and t-shirts. In fact, our family made some of his campaign signs at our home and I had the opportunity to place a special design on a couple.


The part about my Father's Union campaign that resonates the most is he made at the time, a bit of history, as Dad was one of the first African-Americans to be elected onto Local 735's board at the time and Master Tool and Die Maker (Skilled Trade) at the plant. I saw the importance even at my young age, of being involved and instilling a difference by asking for others to grant trust in your ideas by the power of their vote, meant.


This experience stuck with me over the years. In my young twenty's ran and was elected the as youngest Recording Secretary for Michigan Corrections Organization SEIU - M 526 at former Huron Valley Men's Facility, where I worked to ensure our Chapter's Correctional Officers negotiated contractual agreements were honored by the Administration.


Last, but certainly not least, in 2003, I was asked by former New West Willow Neighborhood Association (NWWNA) President Nathan Norman to serve on the Executive Board as Recording Secretary. Elected into the position six times, serving until 2011, until I was appointed on the Ypsilanti Township Parks Commission to serve out a term in office. The next year, 2012, I was honored to be elected into the Parks Commissioner role by the residents of Ypsilanti Township.

2. Ypsilanti and Ypsilanti Township schools have faced some difficult challenges over the past few years. The Ypsilanti/Willow Run school merger was a little dicey.What is your take in regard to the local public school districts?


I was not in favor initially of the merger for a number of reasons. One, each of the school districts had their distinct identity and history. In a merger as with every merger, history is lost and that can result in unexpressed or expressed pain for those a part of or impacted by the action. Next, as a proud Alumni of Ypsilanti Public Schools, we had experienced a number of changes over the years up to and including our logo "The Braves", the lost of our school colors Purple and Gold, and lastly the name of Ypsilanti Public Schools.


Individuals generally base a connection on experiences. While attending former Ypsilanti Public Schools and the High School, I reflect on many fond memories where lifelong change and impacts were made.

Whether it was marching on the field with the band during football games, competing in track or volleyball, working on the school newspaper as the editorial editor, makeshift plays acted out in "Senior Circle", when we as a group of students walked out in protest of the district not at the time recognizing Martin Luther King Day Holiday, or how my favorite teacher Ms. Trudy Adams allowed for the expression of my feelings in writing after the unexpected loss of a cousin in the 12th grade.


Not to say that any of these experiences are lost in totality, however, what is a bit disconnected is the now former school district that captured all of these positive experiences and more, is no more.


Public Schools in general in our area are under great stress. In the Ypsilanti Community, both of our public school districts are stained by the lost of students to other means of K-12 education, and a migration of residents out of the area post the 2008 housing crisis.


However, although as the Township Board level of government official generally do not make policies regarding Public Schools, we do have a voice. In my opinion, we must use that voice to advocate keeping public education and school districts strong vital role in developing our young residents into adults ready for the 21st Century workforce in trade education,or higher education on the collegiate levels.

3. Gang violence has been an issue in Ypsilanti and Ypsilanti Township recently, particularly last summer. There is a citizen group called Ypsilanti Community Interrupters. They were formed with intent to educate citizens in regard to how to help stem violence in the community. What is your opinion on the Ypsilanti Interrupters and local gang violence?

The work that the Washtenaw County Sheriff's Office (WSCO) has done this year thus far in particular has been noteworthy in the aspect of using the Community Policing model to curb gang-associated activities.

The WSCO along with the Office of Community and Economic Development - Washtenaw County (OCED) has worked with a number of local businesses to provide youth employment opportunities over the summer months. Curfew enforcement has been stepped up, with residents across the Township willing to place signage in their yards informing youth of what times the Township ordinance is in effect. Furthermore, the WSCO has added Youth Liaison Deputies focused on working with our younger residents to shift the relationship law enforcement has with our youth to a cooperative versus adversal exchanges, when approriate.


As for The Interrupters, this is another example of the WSCO partnering with concerned residents to provide positive alternatives for keeping our communities safer. As a resident of Ypsilanti Township, I've worked as a volunteer with The Interrupters leaflet campaign in 2015 and this year to ensure our communities have knowledge of resources available in the County, Township and with the WSCO, focused on providing positive alternatives for our youth.


We still have work to do as residents, elected officials, concerned citizens and the law enforcement community to reduce gang associated activities within our area. I believe what happened last year was a wake-up call too many that it takes a sustained partnership to take the concrete steps required for making all of our neighborhoods in Ypsilanti Township safer.

4. What is your opinion on the surveillance camera program in West Willow? Do you feel that the program has been effective in stemming violence in the community?


I was an Elected New West Willow Neighborhood Association Executive Board member during the time that the surveillance camera program was debated and piloted. At the time, there were concerns over where the cameras would be placed, what type of activities would the devices record and privacy rights. Our Board worked in partnership with the Michigan American Civil Liberties Union (ACLU) and the Township Board to ensure residents concerns were addressed. The purpose of the surveillance cameras were and remain to reduce crime and capture information on suspected criminal activity, and nothing more.


Not long after the surveillance cameras were installed, the device assisted with the timely capture of an individual accosting children at school bus stops in the neighborhood. Without the devices, the perpetrator might have done more harm to our children in the West Willow Community.


In the years since, West Willow's Piloted Surveillance Camera program has became a model adopted into other neighborhoods by residents request in the Township. However, the devices are one tool to combat criminal activity. Residents, Community Members and Visitors alike watchful eyes and willingness to "If You See Something, Say Something" must be used in coordination to keep our neighborhoods, safe.

5. What is your vision as far as economic development in Ypsilanti Township?


Ypsilanti Township has experienced a series of changes of the last decade. Previous known as the home to manufacturing operations like former General Motors Powertrain, and a still existing although laregly downsized Ford Rawsonville Plant. Other events or employment downsizings in the greater Washtenaw County Community also impacted the Township, like the closing of Pfizer in Ann Arbor, the closing of Ford Ypsilanti/Visteon Facility in the City of Ypsilanti and the conversion of Ford Saline into Faurecia Plant - resulted some job losses along a lower pay scale for newer workers post to the 2008 economic crisis.

Next. the housing bubble or crisis greatly impacted our Township. We are still recovering post eight years after the housing crisis as personal property values although increasing, are still below other areas in the County.


"In sum, Ann Arbor and those with Ann Arbor addresses are at one end of the spectrum where property values are increasing and that appears likely to continue, while Ypsilanti (City and Township) is at the other and in real trouble. At this unblended scale, these are two markets going in opposite directions with three very probable outcomes, barring a significant change in policy at the local jurisdictional or countywide level.(1). The imbalance in income, education and opportunity between the jurisdictions along with the socioeconomic segregation that goes with it will hamper the regional economic growth potential of the area. Regions that experience strong and more stable growth are typically more equitable, have less segregation and better balanced workforce skills within them.(2)."


Recognizing and openly discussing what the Eastern Regional Areas of Washtenaw County have experienced is necessary. Without a fair and honest assessment plus scaleable plans on how to reverse the losses our area has lived through along true desire for Organizational Change, does not equal as a result, a sound plan for the future.

First, before the manufacturing/industrial age boom was small and medium size business owners in Ypsilanti Township. Therefore, we must remember our roots in this community and support keeping our businesses in the Township.

Second, the economic imbalance has to be addressed. One way to do so is to partner with verifiable trade schools and institutions to cross-promote employment fields such as Plumbing, Electricians, Masonry, Automobile Service Excellence certifications plus more to create livable wage employment and entrepreneurship opportunities.

Our K-12 educational public school system must be strong to prepare our youth for 21st jobs and collegiate level coursework, plus make Ypsilanti Township a place to "Live, Learn, Work and Enjoy".

Lastly, we must attract new business opportunities in this area, as well as keep the ones we have currently.

There is a study scheduled to take place in the months ahead, to build an New Autonomous Vehicle Testing Facility in partnership with The American Center for Mobility and Michigan Economic Development Corporation at the former General Motors Powertrain plant location. The New autonomous Vehicle Testing Facility study along with the proposed expansion of Regional Master Transit is good news, however, we have to assure that residents in our community have access to the jobs and training necessary to become future employees in these industries.

Now, on a much lighter note!

6. Who's your favorite band or musician?


My favorite Musician, the Late, Great Prince Rogers Nelson because he was well-rounded. Prince could write, produce, play a number of instruments and sing simultaneously. Talent! Prince had it and will be missed by fans like myself.

7. Do you have a favorite album?

8. Have you read any good books lately?


Why Nations Fail: The Origins of Power, Prosperity, and Poverty - by Daron Acemoğlu and James A. Robinson (March 2012)

9. What is your favorite movie?

The American President (1995) with Michael Douglas and Annette Bening. A bit of a Romantic at heart.

10. Did you have a favorite TV show when you were growing up?

Jeff Brown
Editor/Publisher
Purple Walrus Press.
at 7:50:00 AM
Email ThisBlogThis!Share to TwitterShare to FacebookShare to Pinterest