Temperatures soared into the mid nineties Saturday morning, but that did not stop roughly 1000 demonstrators from protesting the Trump Administration and its Zero Tolerance and family detention policy on the border. The rally took place on the Diag on the campus of the University of Michigan in Ann Arbor.

The rally, sponsored by Interfaith Council for Peace and Justice and Washtenaw Interfaith Coalition for Immigrant Rights, was intent on demanding a permanent end to the separation of children and families by Trump, immediately reversing the Zero Tolerance policy which created the crisis, reuniting every family that remains torn apart, permanently ending the indefinite detention of children and families and accountability for, in the words of organizers, the abusers, ICE and Border Patrol.

Michigan Congresswoman Debbie Dingell, a Holocaust survivor and several other individuals who gave personal testimonials regarding their personal experiences with discrimination addressed the receptive crowd gathered on the Diag.

Protesters carried signs stating, among other messages, 'Save the Country,' 'Families Belong Together', 'Where Are the Children', and 'Trump is a Fascist.' 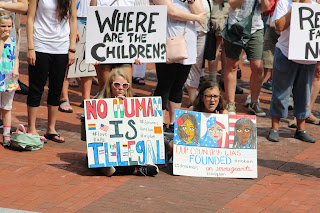 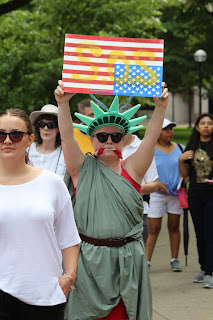 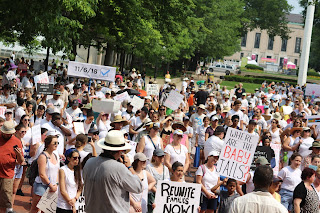 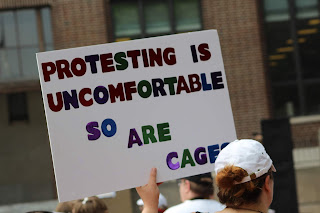 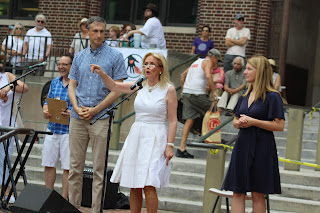 at 3:13:00 PM
Email ThisBlogThis!Share to TwitterShare to FacebookShare to Pinterest