According To WXYZ News Detroit, Eastern Michigan University Students Who Have Traveled To Italy Told To Self Quarantine. 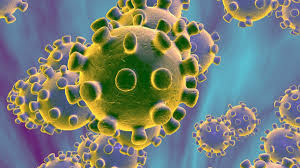 According to WXYZ News Detroit, approximately ten Eastern Michigan University students are reportedly self-quarantined after they have returned from a trip to Italy. The group of students reportedly returned Sunday. According to an email obtained by WXYZ 7 Action News, two students had symptoms, but have reportedly tested negative for coronavirus.

According to 7 Action News, there is concern on campus about the university's response, and specifically, why the students were allowed to go back on campus.

According to WXYZ, a spokesperson has stated that none of the students are currently on campus. WXYZ reported that the university has contacted the students after receiving new guidance that came from the CDC on Wednesday.
at 8:22:00 PM
Email ThisBlogThis!Share to TwitterShare to FacebookShare to Pinterest