The event covered a range of issues and concerns facing Ypsilanti and it was immediately clear that Bashert and Vogt were interested in hearing opinions and receiving feedback from the roughly 35 residents in attendance. Laura Rubin, Executive Director of Huron River Watershed Council, also spoke at the town hall in regard to the Peninsular Dam in Ypsilanti.

Ypsilanti City Council member Beth Bashert opened the town hall by stating that Ypsilanti is working within the framework of an extremely tight budget and that the city is being forced to make painful cuts. Bashert stated that the next two years will be hard, but that at the end of the two years there will be positive change. According to Bashert, "Things will be hard, then better."

Council member Dan Vogt talked about the fact that the Great Recession of 2008 created problems the city is still recovering from. Michigan, particularly southeast Michigan was hit particularly hard by the recession. According to Bashert, the city had to cut six police officers in Ypsilanti in the past eight months.

Both Bashert and Vogt would like to see the Water Street Millage pass and feel that a millage would provide significant financial relief to the city. According to Vogt's statements it appears that Ypsilanti's budget is stretched so thin that the city is on the edge economically.

Bashert and Vogt also discussed the topic of the potential International Village development project that is being proposed for the Water Street property in Ypsilanti. International Village would cater to Asian students and people desiring citizenship, The development would entail emphasis on Asian restaurants and retail. Bashert and Vogt seemed to find the project promising and potentially lucrative for the city.

Executive Director of Huron Valley Watershed Council Laura Rubin addressed those in attendance with a discussion about the Peninsular Dam in Ypsilanti, particularly with respect to the option of having the 100 year old dam removed. It was stated that the dam requires $650,000 in repairs. According to Rubin the dam is considered "high hazard" because of it's urban location. Further studies on the dam will occur before a final decision is made in regard to removal. 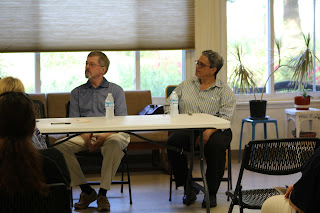 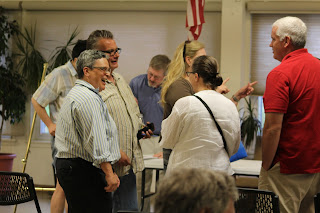 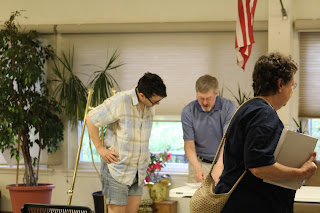 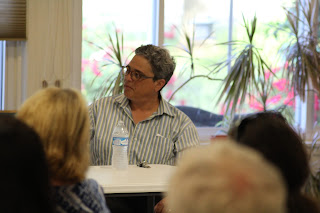 at 10:56:00 PM
Email ThisBlogThis!Share to TwitterShare to FacebookShare to Pinterest