Student protesters speak out against hate / Richard Spencer at University of Michigan Tuesday in Ann Arbor.

Approximately 200 University of Michigan students participated in a protest speaking out against hate and white supremacist Richard Spencer on the Diag which is located in the center of the UM campus in Ann Arbor. The Speak Out protest was organized by several student groups and began at 6 pm Tuesday night, November 28 in front of the Graduate Library on the central campus. Students are angry at the prospect that known white supremacist Richard Spencer has applied to speak at the University of Michigan in Ann Arbor in the near future.

Organizers of Tuesday night's Speak Out protest against hate, called upon students and members of the community to share thoughts, stories, opinions and thoughts regarding Richard Spencer and the university of Michigan's response to Spencer's request to speak at U of  M.

One Michigan student who spoke during the protest stated that he is frightened by the fact that Spencer wants to speak on campus, while telling the crowd that there is a KKK chapter 20 miles from Ann Arbor in Howell. (This information from the student speaker is not confirmed and reflects the views of the speaker). The speaker also stated that he feels unsafe.

Another student speaker at the protest said that as a student at Michigan, she feels that students, herself included, are exhausted by their efforts on campus to fight racism on behalf of the university. According to the student, "We need to be compassionate to one another."

University of Michigan student groups have called for a "Week of Action" and are asking for faculty, graduate students and instructors to participate in week long protests on campus in response to what student protesters see as a racist Trump administration and Richard Spencer. A student walk out is planned for Wednesday at 11:45 am, November 29 in protest over Richard Spencer and his white supremacist views. An all day student strike has been called for Thursday at U of M in protest over racism and Richard Spencer. Friday, there will be a LEO Bargaining Rally at Palmer Commons at 12 pm.

As of this writing, Tuesday night at 8 pm, a University of Michigan Board of Regents Special Meeting is being held to discuss the possibility of allowing Richard Spencer to speak on campus. The  meeting is taking place in the the Michigan Union Anderson Room. 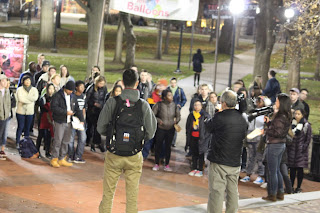 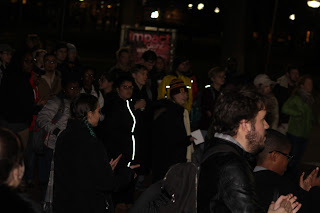 at 9:08:00 PM
Email ThisBlogThis!Share to TwitterShare to FacebookShare to Pinterest