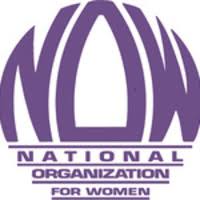 According to NOW, in celebration of Women’s History Month, March 8 the Washtenaw County Chapter of the National Organization for Women (NOW) and the Skyline High school NOW Chapters celebrated together “Feminism Across the Generations: The History and Future of Feminism in Washtenaw County”. The gathered group watched an excerpt of the film “Passing the Torch”, a Lilly Tomlin-narrated documentary about feminism in Michigan since the 1960s, and talked about the various movements over the years and how the Washtenaw County NOW chapter contributed.
According to the March 8 press release from NOW, the older generation reminisced about boycotting Domino’s Pizza when it was under Tom Monaghan’s leadership due to the pro-life support and sexist policies of the company during his tenure.  They also recalled organizing for the Equal Rights Amendment, reproductive justice, and equal pay. Members also took the opportunity to highlight the work of member Kathy Fojtik Stroud in founding the first safe houses for battered women in the area.
According to NOW, "Ashika Kumar, President of the Skyline High school chapter and a junior at the school, along with other members of the chapter, talked about the evolution of their activism, particularly in the wake of the 2016 election.  The students are organizing to support progressive political candidates and motivate young people to vote. The younger generation brought up issues such as ageism as they have tried to affect change and the importance of intersectionality - the need to be fully inclusive, in social justice activities."

The National Organization for Women is the largest organization of feminist grassroots activists in the United States, with chapters in all 50 states and the District of Columbia. NOW seeks economic equality and an amendment to the U.S. Constitution that will guarantee equal rights for women; champions abortion rights, reproductive freedom and other women’s health issues; opposes racism; fights bigotry against the LGBTQIA community; and seeks an end to violence against women.
at 8:03:00 AM
Email ThisBlogThis!Share to TwitterShare to FacebookShare to Pinterest