Thousands of people protested gun violence Saturday in Ann Arbor at the March For Our Lives rally and march. Participants began gathering at 10:00 am in the parking lot of Ann Arbor Pioneer High School. Main organizers for the event included Kennedy Dixon, Celeste Kampurwala and Moms Demand Action. The March began at approximately 12:40 pm.

The overwhelming majority of marchers were young people (students) but demonstrators represented a wide age range. Several students spoke at the pre-march rally with passion, energy and strength. It was clearly evident that demonstration/march participants were deeply affected and moved by student speakers.

Following the last student speaker demonstrators marched behind Pioneer High School, headed over to 7th Street, over to Stadium and then back to the Pioneer parking lot. Thousands participated in the March chanting, 'Hey Hey Ho Ho The NRA Has Got To Go, and 'Vote Them Out.' many carried signs reading, 'Am I next, 'Action Now', We Are Watching, 'How Many Prayers Till It Stops, and 'Protect Kids Not the NRA'. 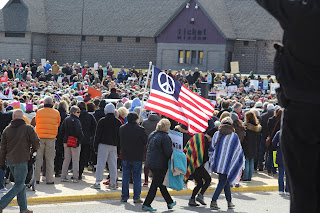 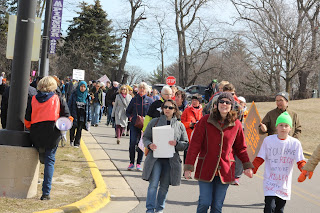 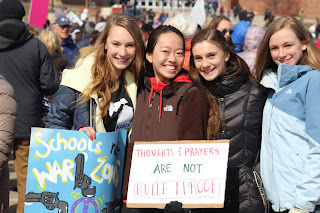 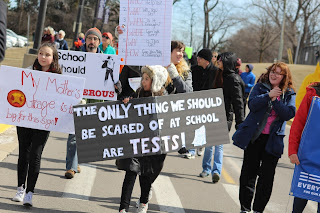 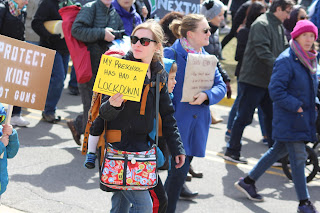 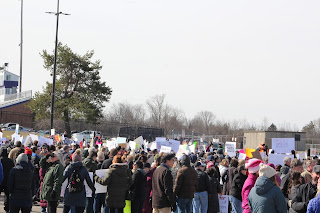 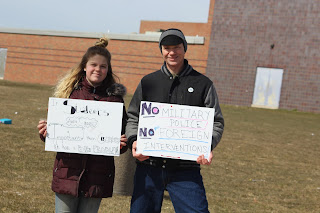 at 3:31:00 PM
Email ThisBlogThis!Share to TwitterShare to FacebookShare to Pinterest