Amid the recent announcement that ICE (Immigration and Customs Enforcement) raids will occur this weekend across the nation, hundreds of people participated in the Lights For Liberty Vigil that was held in Ypsilanti at Riverside Park Friday evening July 12. The vigil ran from 8 pm until 9:30 pm and was hosted by the Interfaith Council For Peace and Justice and Love Resilience Action Ypsilanti.

According to a statement from vigil organizers, the goal of the vigil was to come together to host a vigil to end the detention camps and all of the violent policies impacting undocumented immigrants and asylum seekers and come together to grieve the lives already lost as well as the ones that are forever changed by the trauma endured.

I spoke with Eastern Michigan University student Jordan Walton who attended the vigil Friday night. According to Jordan,"I want to be here with open arms. I came to show that I care and that everything going on in the political world, I don't agree with it."

Immigration and Customs Enforcement is planning to arrest 2,000 undocumented immigrants across the nation starting this Sunday. ICE will be conducting raids to arrest migrant families who have previously received court orders to leave the country.

According to the New York Times, ICE raids are expected to occur in ten cities across the United States "over multiple days" and will include "collateral" deportations. This means that anyone who is at the scene of a raid may be arrested and detained as well.

On Thursday morning, July 11, Purple Walrus Press attempted to contacted ICE spokesman Khaalid Walls regarding whether ICE raids would be occurring in Michigan over the weekend. As of Friday night PWP has not received a response. 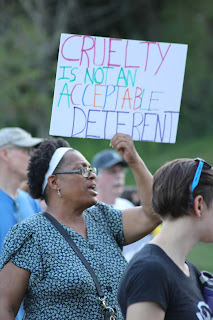 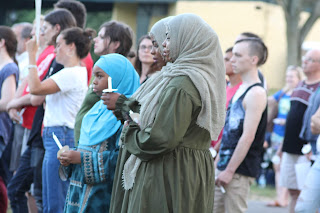 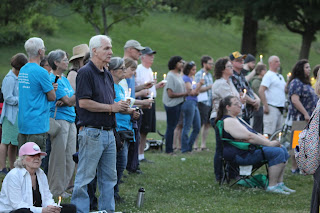 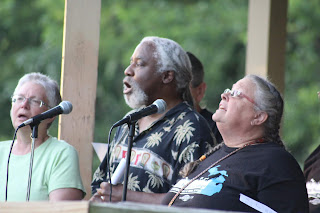 at 11:12:00 PM
Email ThisBlogThis!Share to TwitterShare to FacebookShare to Pinterest