Global Day of Protest Called for Saturday January 25: No War On Iran Rally/March To Take Place in Ann Arbor. 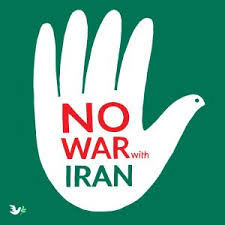 
ANSWER (Act Now to Stop War and End Racism) and Refuse Fascism is calling for a national day of action on January 25th, according to statements from both organizations. On Saturday, January 25, a No War! Trump/Pence Out Now! rally and march will take place in downtown Ann Arbor in front of the Federal Building. The rally/march will begin at 2:00 PM. The Federal Building is located at 200 E Liberty St. According to a statement from ANSWER and Refuse Fascism, "We will gather in protest of the Trump war regime. We will not watch in silence as Trump sends orders to initiate war abroad and perpetuate violence at home. We must show that we refuse to normalize domestic terrorism against people of color and non-Christian groups. We refuse to watch the US engage in yet another act of imperialism in the Middle East."

The organizations believe that now is the time for the people to take back power and demand the immediate removal of Trump/Pence. ANSWER and Refuse Action have stated that they believe it is time to reclaim the nation and march for justice.

On January 8, hundreds of people participated in a No War On Iran demonstration on the University of Michigan campus on the steps of Angel Hall. On that evening protesters braved temperatures in the teens to voice opposition to what they see as United States imperialism in the Middle East.
at 6:44:00 PM
Email ThisBlogThis!Share to TwitterShare to FacebookShare to Pinterest