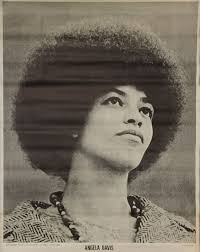 As a longtime supporter of political activist Angela Davis, I am happy to announce that she will be the keynote speaker at the 34th annual Martin Luther King Symposium on the University of Michigan campus. Davis will be speaking/lecturing at 10 a.m. January 20 at Hill Auditorium in Ann Arbor. The event will be free and open to the general public.

Angela received national attention in the United States in the late sixties as she had a leadership role with the Communist Party and was closely involved with the Black Panther Party.

In 1970 Angela was charged with purchasing weapons for individuals who used them in an armed takeover of a courtroom in California. In 1972 she was acquitted of these charges.

In more recent years Davis has been politically active in abolishing the prison-industrial complex. In the late nineties she co-founded an organization called Critical Resistance which works to abolish the prison-industrial complex in the United States. In 1991 Davis became the director of the feminist studies department at the University of California. She retired from the university in 2008. Currently Davis is active in the Boycott, Divestment and Sanctions campaign.

Angela is a powerful, passionate speaker and broadens the minds of all who listen to her.


at 2:03:00 PM
Email ThisBlogThis!Share to TwitterShare to FacebookShare to Pinterest