Hundreds Participate In No War On Iran Demonstration Wednesday In Ann Arbor On U-M Campus.

With temperatures in the teens, approximately 500 people participated in a No War On Iran Demonstration Wednesday evening on the campus of the University of Michigan in front of Angel Hall. Protesters demonstrated against the ever-increasing tension between the United States and Iran. Demonstrators are angry with what they see as U.S. imperialism and aggression in the Middle East.

Demonstrations are being held across the United States following the U.S. airstrike that targeted and killed Iranian General Qassem Soleimani last Friday in Iraq. Secretary of State Mike Pompeo has stated that the U.S. targeted Soleimani because of what the Trump administration believed was a imminent attack.

Wednesday evening's demonstration on the U-M campus included a sign-making table, and interactive art build for children and people of all ages. Swarm Street Medic Team was present, as well as a medic tent. There was also a children accessible seating area in the front of the rally directly in front of Angel Hall. Demonstrators were also able to access the entrance hall area of Angel Hall to use the restroom and warm-up. 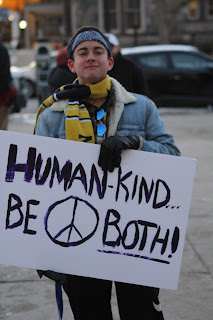 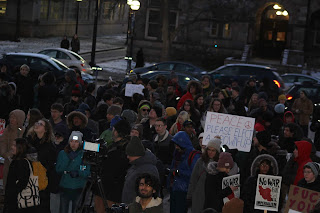 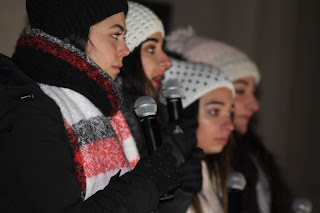 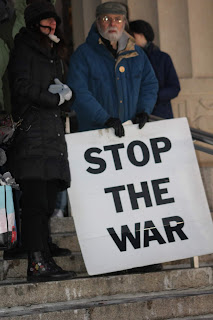 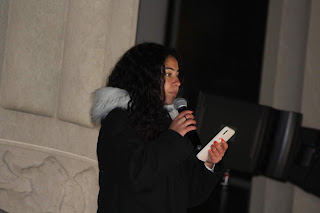 at 8:51:00 PM
Email ThisBlogThis!Share to TwitterShare to FacebookShare to Pinterest