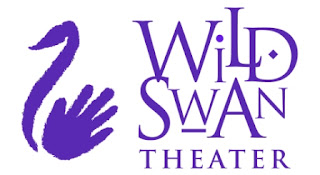 
Are you interested in acting? If you are then by all means, keep reading! Ann Arbor based Wild Swan Theater & Synergy On Stage are looking for actors and ASL (American Sign Language) Interpreters for their 39th season. Actors will be considered for roles in Wild Swan Theater's original versions of A Christmas Carol to be performed in December 2018, a collection of African folktales, Under the African Sky to be performed in February 2019, and the classic story Charlotte's Web, which will be performed in May, 2019. The company is interested in culturally diverse casting.

ASL Interpreters will be considered for Wild Swan Theater's production of A Christmas Carol, Shipwrecked - performance in March 7-9, 2019, Jack and the Beanstalk-performance March 20-23, 2019 and Charlottes Web.

Those who land roles in these productions will be payed $75 per performance. Not too shabby! Maybe I'll try out for a role myself! Naa, I don't think I have the skills, but you should!!

You need to have an appointment and they can be made by calling 734-995-0530 or emailing Michelle Trame Lanzi - Company Manager at michelle@wildswantheater.org. For more info about Synergy On Stage vist synergyonstage.com.

Wild Swan Theater is a professional, non equity theater company that produces and performs family geared productions. The theater company performs 175 shows a year in Ann Arbor and across the state. Synergy On Stage provides ASL Interpreters for the majority of Wild Swan productions.
at 8:26:00 PM
Email ThisBlogThis!Share to TwitterShare to FacebookShare to Pinterest