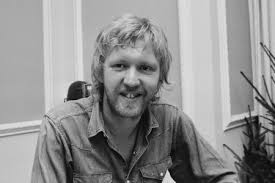 There once was a rock singer named Harry Nilsson. By all accounts Harry was a real hamisher guy. Hamisher is Yiddish for a down to earth, unpretentious and personable guy. Harry was not only known for his eclectic and multi-styled singing voice, but for also being a partier of legendary portions, just ask his old buddy Ringo Starr. If you ask, Ringo will most certainly tell you that Harry was John Lennon's favorite drinking buddy in the mid seventies.

Harry Nilson's break-through song was "Everybody's Talkin" from the 1969 movie Midnight Cowboy. The song peaked at no.2 on Billboard in the United States.

In 1994 Harry died of a heart attack at age 52. He had stopped recording after 1980 but had completed a set of demos slated for a new album to be released in 1992. Word is that the label rejected his new material implying it was dated sounding. Harry walked out. Shame on the record label.

Fast-forward to November 2019 and guess what? Yep, those demos have been polished and will be released in four days as an album titled Losst And Found. Consider Losst And Found to be Nilsson's first release of new material since 1980.

This new album is most incredible news for Nilsson fans, including yours truly.
at 11:44:00 AM
Email ThisBlogThis!Share to TwitterShare to FacebookShare to Pinterest