Taylor Swift's Plea To Fans In Light of Unfair Restrictions On Her Music. 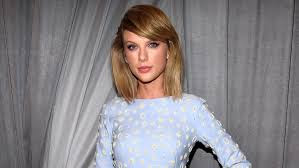 Folks, the music industry can be cut-throat and at times artists and musicians can become victimized by companies who attempt to control artists, their creativity and ability to make their own decisions regarding their own music. Presently, Taylor Swift is going through a horrible ordeal as, according to Swift,  her music is being restricted by Scott Borchetta who owns Big Machine Records. Below is a plea to fans written and released by Swift on Thursday, November 15. Swift is asking her fans to let Scott Borchetta and Scooter Braun know how they feel about Swift being bound to harsh and unfair restrictions regarding songs she wrote and created. Read Taylor Swift's plea below.


Don't Know What Else To Do.

Guys - It’s been announced recently that the American Music Awards will be honoring me with the Artist of the Decade Award at this year’s ceremony. I’ve been planning to perform a medley of my hits throughout the decade on the show. Scott Borchetta and Scooter Braun have now said that I’m not allowed to perform my old songs on television because they claim that would be re-recording my music before I’m allowed to next year. Additionally - and this isn’t the way I had planned on telling you this news - Netflix has created a documentary about my life for the past few years. Scott and Scooter have declined the use of my older music or performance footage for this project, even though there is no mention of either of them or Big Machine Records anywhere in the film.
Scott Borchetta told my team that they’ll allow me to use my music only if I do these things: If I agree to not re-record copycat versions of my songs next year (which is something I’m both legally allowed to do and looking forward to) and also told my team that I need to stop talking about him and Scooter Braun.
I feel very strongly that sharing what is happening to me could change the awareness level for other artists and potentially help them avoid a similar fate. The message being sent to me is very clear. Basically, be a good little girl and shut up. Or you’ll be punished.
This is WRONG. Neither of these men had a hand in the writing of those songs. They did nothing to create the relationship I have with my fans. So this is where I’m asking for your help.
Please let Scott Borchetta and Scooter Braun know how you feel about this. Scooter also manages several artists who I really believe care about other artists and their work. Please ask them for help with this - I’m hoping that maybe they can talk some sense into the men who are exercising tyrannical control over someone who just wants to play the music she wrote. I’m especially asking for help from The Carlyle Group, who put up money for the sale of my music to these two men.
I just want to be able to perform MY OWN music. That’s it. I’ve tried to work this out privately through my team but have not been able to resolve anything. Right now my performance at the AMA’s, the Netflix documentary and any other recorded events I am planning to play until November of 2020 are a question mark.
I love you guys and I thought you should know what’s been going on.
Taylor

at 5:28:00 PM
Email ThisBlogThis!Share to TwitterShare to FacebookShare to Pinterest