Global Day of Action: No War/Trump/Pence Out Now! Rally/March In Ann Arbor Saturday. 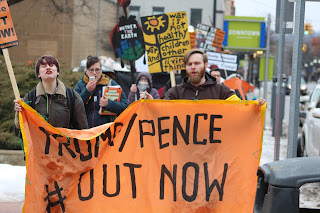 Wet and icy conditions did not keep approximately 40 protesters from participating in a No War!/Trump/Pence Out Now! demonstration and march in downtown Ann Arbor Saturday, January 25. Demonstrators gathered at 2 pm in front of the Federal Building before marching through the streets of Ann Arbor Saturday afternoon. The organizations ANSWER ( Act Now to Stop War and End Racism) and Refuse Fascism called for a global day of protest to take place Saturday.

After gathering at the Federal Building demonstrators began marching through the streets of Ann Arbor chanting Trump/Pence Out Now and carrying signs stating No More War, Trump/Pence Out Now, Dump Donald Traitor Trump, Stop The War and No War on Iran. Several speakers addressed the crowd from the steps of the Federal Building including representatives from Answer and Refuse Fascism.

Organizers stated that cold and wet weather was a contributing factor in the lower than expected turn-out for Saturday's rally and March. The demonstration was peaceful.

According to a statement prior to the rally and march from ANSWER and Refuse Fascism, "We will not watch in silence as Trump sends orders to initiate war abroad and perpetuate violence at home." The organizations believe that now is the time for the people to take back power and demand the immediate removal of Trump/Pence.

On January 8, hundreds of demonstrators participated in a No War On Iran demonstration on the University of Michigan campus in front of Angel Hall. On that evening protesters voiced opposition to what they see as United States imperialism in the Middle East. 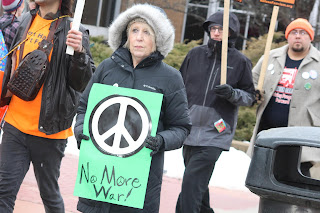 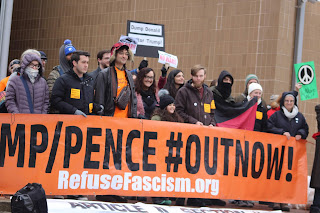 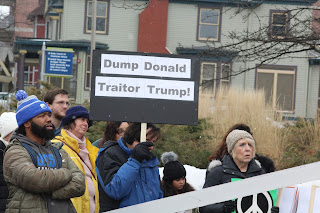 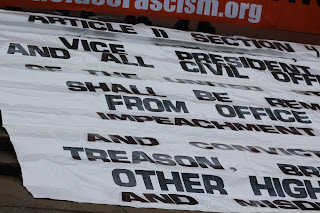 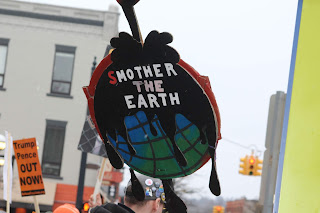 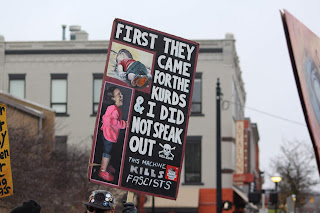 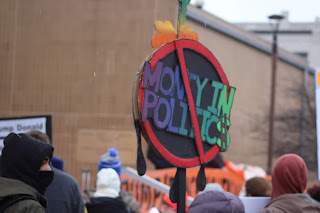 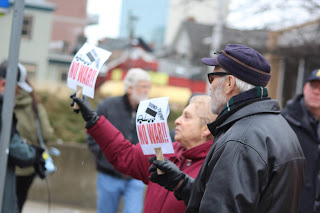 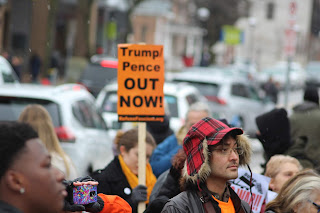 at 5:12:00 PM
Email ThisBlogThis!Share to TwitterShare to FacebookShare to Pinterest