Approximately one-hundred demonstrators participated in a Black Lives Matter protest, march and lie in Wednesday in downtown Ann Arbor. The protest began on the Diag located on the University of Michigan campus at noon.

The demonstration and march demanded justice in wake of the police killing of George Floyd in Minneapolis on May 25 at the hands of a white officer. The protest also addressed a violent incident that occurred in Ypsilanti Township last month when a black Ypsilanti Township woman was hit several times in the face by a white Washtenaw County Sheriff's Department officer. The incident has been viewed by many as an act of police brutality. The violent incident occurred in the Apple Ridge neighborhood in Ypsi Township.

Organizers of today's protest stated that the Washtenaw County Prosecutor's office, along with the Sheriff's office, have participated in (alleged and blatant) misconduct regarding the Ypsilanti Township incident. According to protest organizers, "We must hold these elected officials accountable. We must keep fighting for change. We will forever fight for change."

After several speakers addressed the crowd on the Diag, protesters marched into downtown Ann Arbor marching on State Street, to Liberty and over to the intersection of South Main and Huron. At the intersection of Main and Huron, marchers staged a lie-in in the street in front of the Washtenaw County Courthouse in order to bring attention to what protesters view as police misconduct. 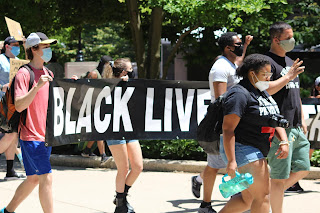 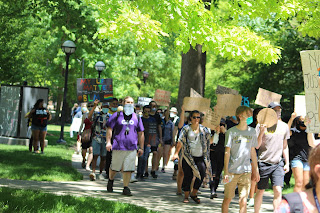 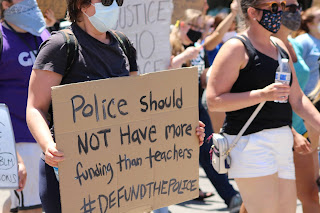 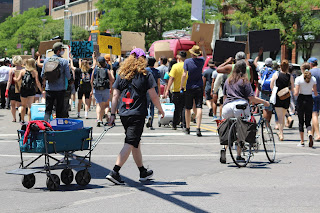 at 4:27:00 PM
Email ThisBlogThis!Share to TwitterShare to FacebookShare to Pinterest