By Editor in Chief and Publisher Jeff Brown.

Thousands of demonstrators gathered Monday, June 1 on the University of Michigan campus Diag in Ann Arbor to protest and march against what many see as an incident of police brutality that occurred in Ypsilanti Township on Tuesday, May 26 in the Apple Ridge neighborhood.

Shortly after the incident occurred in Ypsilanti Township, a video began widely circulating on social media sparking outrage. To Recap: The video of the incident shows at least six of what appear to be Washtenaw County Police vehicles on the scene in a block of the neighborhood. Next, an officer is shown standing underneath the window of a home on the block. The officers appears to communicate with a person, or persons in the house. Soon, a couple other officers come into view who are approaching the house from the street. Next, two civilians are seen walking down the sidewalk from the right of the screen. The individuals are Sha' Grady El and her husband Daniyal Grady El.
Soon, things become tense and violent. It appeared that Daniyal Grady El approached an officer and said something. Suddenly, another officer is seen going after Sha' Grady El on the sidewalk, picks her up and carries her a few feet. The officer is then seen striking Sha' Grady El several times on the face and or head. The incident occurred in the 200 block of Peachcrest Street.

In wake of the May 26 incident , there have been four protests demanding answers and expressing anger about what many perceive as an act of brutality committed by a Washtenaw County Deputy against Sha' Grady El.

Monday's protest on the Diag located on the University of Michigan campus in downtown Ann Arbor emphasized Justice, Love and Peace, and was also in solidarity with peaceful nationwide protest in wake of the death of George Floyd who was killed by a Minneapolis police officer seven days ago.

Monday's protest in Ann Arbor was organized by Trische' Duckworth, who is Executive Director/Founder of Survivors Speak. Duckwoth addressed the crowd first, raising the issue of the importance of justice, love and peace, before handing to microphone to Congresswoman Debbie Dingell who quoted Martin Luther King by stating, "Riot is the language of the unheard." Speakers also included State Representative Yousef Rabhi, County Commissioner Ricky Jefferson, State Senator Jeff Irwin, Sha' Grady El and her husband Daniyal Grady El. Sha' Grady El inspired the crowd by chanting, "Enough is enough, and We will not stand for it."

As the speakers concluded addressing the large crowd on the UM Diag, demonstrators began marching through campus and onto State street before winding their way through the city. The protesters eventually made their way back to the Diag where the demonstration wrapped up.

The demonstration was peaceful and orderly, as Ann Arbor police sealed off roads in order to provide safety for protesters. 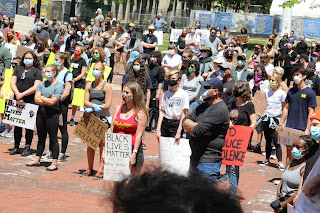 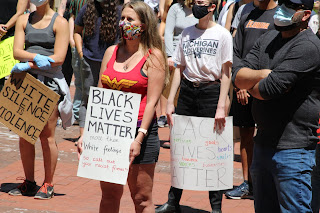 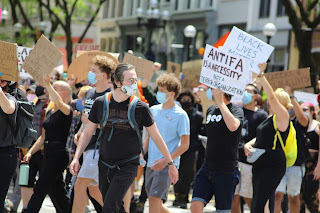 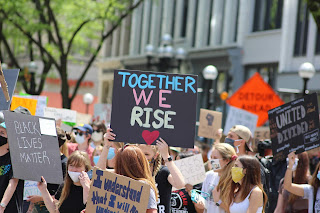 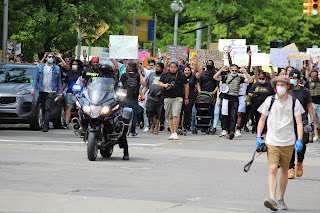 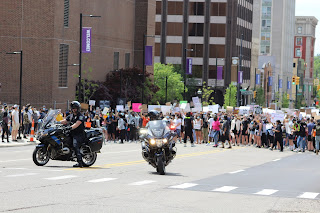 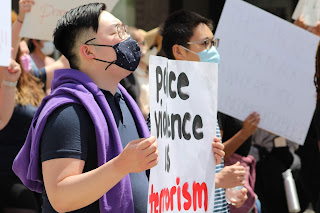 at 6:58:00 PM
Email ThisBlogThis!Share to TwitterShare to FacebookShare to Pinterest