Demonstrators Demand the Resignation of Ypsilanti Mayor Beth Bashert In Demonstration In Front Of Ypsilanti City Hall Monday / After March, group Splinters Off and Heads to Mayor's House for Second Protest.

Many residents in Ypsilanti are angry with Ypsilanti Mayor Beth Bashert after she made statements  that were in her words, "biased", during a June16 City Council meeting. On Monday, June 22, approximately 200 protesters gathered in a demonstration in front of Ypsilanti City Hall demanding that Bashert resign from office. The demonstrators were peaceful, but intent on their demands that the Mayor Bashert resign immediately.

Several speakers addressed the protesters including Survivors Speak Executive Director and demonstration organizer Trische Duckworth, Nate Frazier, Bryan Robert Foley, Mayor Pro-Tem Lois Richardson, City Council members, Nicole Brown, Anthony Morgan, Annie Somerville and Steve Wilcoxen. After the speakers addressed the demonstrators, protesters marched down Huron Street and into Riverside Park. After marching through the park, the demonstrators wrapped up the march back in front of City Hall at the corner of Michigan Ave and Huron street. Councilperson Nicole Brown stated that Basherts behaviors continued after previous discussions and that, "I didn't expect to hear a mayor say she was a racist."

Just as the protest ended around 5:45 PM, there was a sudden twist when a group of approximately 50 protesters splintered off from the original Survivors Speak protest/march. This group of protesters marched west on Michigan Ave through downtown Ypsilanti and headed for the Mayor's home in Ypsilanti's Normal Park neighborhood. Once the protesters assembled themselves in front of Mayor Bashert's home, the crowd began chanting, " You are about to lose your job."

The situation began on Wednesday evening when Ypsilanti Mayor Beth Bashert posted a lengthy apology for making what she called "A biased statement" at a June 16 Ypsilanti City Council meeting. Wednesday night an audio recording of the City Council meeting was made available on a Ypsilanti facebook page. Bashert can be heard stating the comments that she apologized for Wednesday night. According to audio of the June 16 Ypsilanti City Council meeting Bashert stated,  "Since I will be crucified if I vote against any black person on any commission, I will vote yes." Later in the recording, when a council person asks Bashert to apologize for her statement, Bashert replies, "Thank you. I will consider your comments."

Reaction to the Mayors comments have been swift and angry, as many local residents are demanding Bashert's immediate resignation. City Council members Nicole Brown and Annie Somerville have stated publicly that they will not participate in any other city council meetings until Basherts resigns. 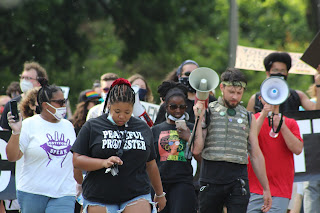 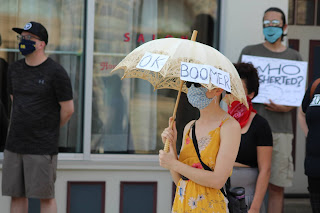 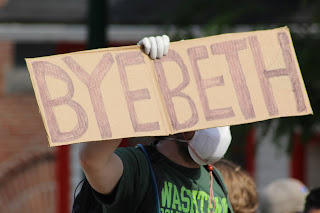 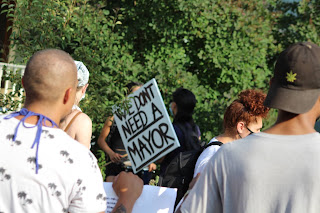 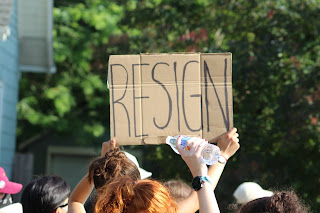 at 8:43:00 PM
Email ThisBlogThis!Share to TwitterShare to FacebookShare to Pinterest