The Ypsilanti High School auditorium was standing room only with citizens from Ypsi, Ann Arbor and many surrounding communities all interested in Police Community relations/Black Lives Matter Joint Task Force.   In attendance on the dais were Council Member Nicole Brown, chair, HRC Commissioner Jennifer Symanns, Council Member Anne Brown, HRC Commisioner John Shuler, Co-Chair, Council Member Brian Robb, HRC Commissioner Theresa Saunders and YPD Police Chief Tony Deguisti  who discussed training tactics and how important it is for all the local police agencies to work together. Washtenaw County Sheriff Jerry Clayton speech also discussed further details of training.  The floor was then opened to comments by the public and what followed was a spirited, intelligent, emotional, and no holds barred series of stories by the public about their experiences with the YPD.   The major concern centered around improving officer training dealing with minorities and perceived profiling.  Another major concern was improving community relations and a desire for Police Officer involvement in community activities including participation with youth group.   Calls for community unity and better relations with Police were met with cheers and applause.   Musician Larry Young made an impassioned plea for Police to understand that they must treat the public with respect and dignity and not talk 'down' to people.   Many people thought the Police had been guilty of doing too much 'talking' about improving community relations but there had been very little  'action'.  Tonight's airing out of grievances can only help to begin to smooth out what's been a bumpy road of late for law enforcement both locally and nationally.  And maybe, just maybe, tonight's meeting will plant the seed of hope that one day, together, we can and will  SILENCE THE VIOLENCE!!! 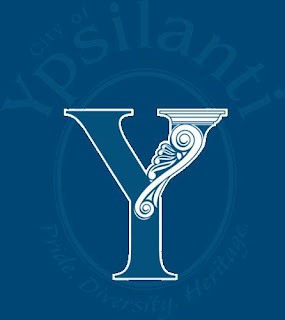 at 9:36:00 AM
Email ThisBlogThis!Share to TwitterShare to FacebookShare to Pinterest