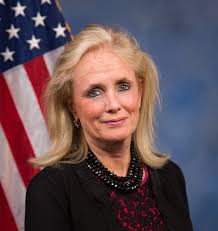 Michigan Congresswoman Debbie Dingell and Ohio Congresswoman Marcy Kaptur have issued the following statements after news that the U.S. Environmental Protection Agency has decided to withdraw its approval of Ohio EPA's evaluation of the state's list of impaired waterways. According to a press release from Congresswoman Dingell's office Thursday, January 18, the assessment failed to address the open waters of Lake Erie. According to the release, U.S. EPA had previously accepted both Ohio's and Michigan's assessments even though Michigan had previously designated the open waters of Lake Erie impaired, while, at the same time, Ohio had refused to do so. U.S EPA now considers the Ohio assessment "incomplete" (read full letter here).

“With this change of heart, EPA is finally taking a first step toward protect the drinking water 11 million people in Michigan, Ohio and throughout the Great Lakes region rely upon,” said Dingell, a Member of the Great Lakes Task Force. “Failure to recognize these waters as impaired puts public health and the Great Lakes economy at risk. There is no line of separation in Lake Erie, and it is clear that EPA must take a proactive approach in confronting this challenge facing the entire region.”

“EPA’s decision to reconsider the status of the open waters of Lake Erie is right on. There is no magic line between the impaired Lake Erie waters of Michigan and Ohio,” said Kaptur, Co-Chair of the Great Lakes Task Force. “This is simple, Lake Erie should be designated as impaired because it is. This past summer 1,000 square miles of the Lake were covered in green slime – even a child can see the Lake is impaired. The State of Ohio has proven time and again that it has more excuses than solutions.  We hope Governor Kasich and the Ohio EPA will join us in welcoming the U.S. EPA’s input and expertise in helping return our Great Lake to great health.”

In November, 2016, Dingell and Kaptur sent a letter to the EPA urging them to disregard Ohio's determination and designate the waters as officially impaired.

at 7:53:00 PM
Email ThisBlogThis!Share to TwitterShare to FacebookShare to Pinterest