U.S. Representatives Dingell, Upton and Walberg have called for investigation into Nassar case. 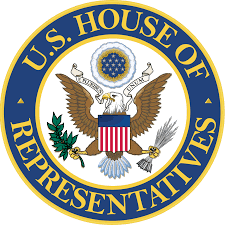 U.S. Representatives Debbie Dingell, Fred Upton and Tim Walberg, members of the House Committee on Energy and Commerce, have released the following statement that calls on the committee to conduct an investigation and hold hearings into the U.S. Olympic Committee, WSA Gymnastics and Michigan State University's handling of the Dr. Nassar case, according to a press release from the Office of Congresswoman Dingell.

“For 30 years, Dr. Nassar exhibited predatory behavior that scarred the lives of hundreds of young women. We are all inspired by the courage of these survivors to tell their story in court to expose the true character of Dr. Nassar and the scope of his misdeeds. Even though Dr. Nassar will spend the rest of his life in prison, we must get to the root of this issue and ensure it never happens again. There are many unanswered questions about how he continued to have access to young girls despite the numerous allegations against him. As the committee in the House of Representatives responsible for overseeing matters relating to sports, it is essential that the Energy and Commerce Committee exercise our jurisdiction on this important issue.

“As a federally chartered institution, USOC has many questions to answer, including the details of their relationship with Dr. Nassar, how they dealt with allegations of abuse, and how they intend to fix the problem moving forward. It is imperative that we get to the bottom of this.

“Families in Michigan and throughout the country were traumatized to learn the perverse details of this tragedy. It is incumbent on all of us to ensure this never happens again and to learn the role that USOC, USA Gymnastics and Michigan State University played in the tragedy.”

at 8:51:00 AM
Email ThisBlogThis!Share to TwitterShare to FacebookShare to Pinterest