MSU Women's Rowing Team March / Meet with Board of Trustees. 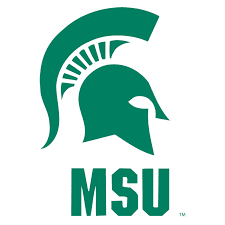 According to The State News, the Michigan State University student newspaper,  approximately 50 women on the MSU Women's rowing team held a march that led from Jenison Field House to the Hannah Administration Building on the MSU campus Monday.

“We have victims of his abuse on our current team and in every class along the way,” the statement in The State News read. “We are questioning Michigan State University’s approach to Nassar; his criminal actions, the women he has abused, and the response of the University and athletic department. To say nothing is to say you agree and we do not agree with how this has been handled.”

The State News reports that Larry Nassar was the rowing team doctor from 1998 to 2016.

at 11:42:00 AM
Email ThisBlogThis!Share to TwitterShare to FacebookShare to Pinterest