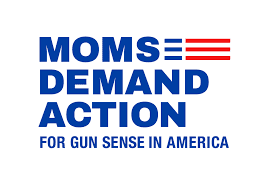 Members of the Michigan chapter of Moms Demand Action For Gun Sense In America will be gathering and holding a vigil Thursday, December 12 with members of the community for an event that will honor the seven year mark of the Sandy Hook School shooting. The shooting took the lives of 20 children and six teachers at Sandy Hook Elementary in Newtown Connecticut. Events will be held across the country to honor all of those affected by gun violence and ask lawmakers to act now to end this crisis.

The event seeks to find hope and determination in order to enact change in local communities. Guest speakers include Brenda Moss, a VA mom whose son was killed by gun violence and who speaks on how to continue going in the face of trauma. Also speaking will be Jackie Johnson, an Ohio minister who works with survivors at the scene of shootings. Local community leaders and legislators will also be speaking at the event.

The vigil will take place from 7-8:30 pm at the Parkridge Community Center located at 591 Armstrong Drive in Ypsilanti.
at 7:34:00 PM
Email ThisBlogThis!Share to TwitterShare to FacebookShare to Pinterest