Under sunny skies several hundred demonstrators participated in the Trump Impeachment March and Rally Sunday, July 2, 2017 in downtown Ann Arbor. Check out Purple Walrus Press video coverage and commentary below. The march, organized by Stop Trump Ann Arbor, began on the Diag on the central campus of the University of Michigan at 12:00 pm. Roughly 200 demonstrators gathered on the Diag as march organizers explained the march route and reviewed a few anti Trump chants to be recited during the march.

Shortly after gathering on the Diag, protesters began marching through the streets of downtown Ann Arbor. Demonstrators marched down E. Liberty before heading South on Main Street. It appeared that more protesters joined the march as demonstrators moved down Liberty. The march ended at the Liberty Plaza situated at the corner of Liberty and Division Street where several speakers spoke out against Trump and his administration.

Protesters included younger people, older people and everyone in between, including many families. The mood of demonstrators remained upbeat but strong and clear in their anger toward the Trump administration. 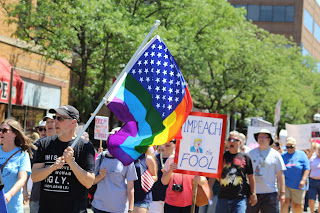 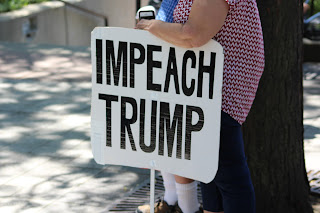 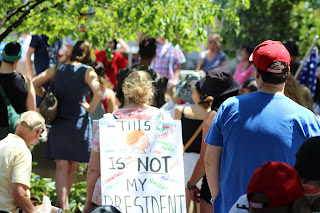 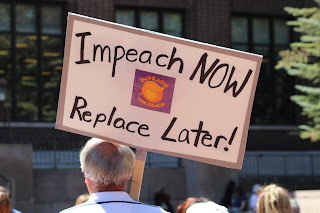 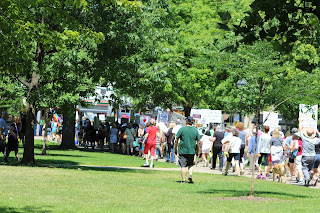 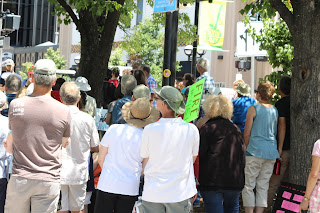 at 3:38:00 PM
Email ThisBlogThis!Share to TwitterShare to FacebookShare to Pinterest