At approximately 1:45 PM Sunday, July 23, 2017, the Ypsilanti Fire Department, Ypsilanti Police and the Humane Society of Huron Valley coordinated in rescuing a kitten that had found its way into a storm drain directly in front of Dom Bakeries located on 1305 Washtenaw Avenue in Ypsilanti.

According to Ypsilanti Fire Department Captain Barnabo, Saturday afternoon witnesses watched someone dump off several kittens on the side of Washtenaw Ave in front of Dom Bakeries. Witnesses said that one of the kittens immediately ran down into a storm drain in front of the bakery. Captain Barnabo stated that today the Fire Department decided to flush out the kitten with a gentle stream of water. A hose was placed in a nearby manhole in close proximity to the drain the kitten entered through and a light amount of water was released. Moments later, the kitten scampered up and out of the drain. The kitten was scooped up by a member of the Huron Valley Humane Society and placed safely into a carrier. It was a happy ending to a potentially sad beginning.

PWP spoke to Humane Society of Huron Valley Communications Director Wendy Welch on Monday about the status of the kitten that was rescued on Washtenaw Ave Sunday afternoon. Welch stated that the kitten is very young and will be in foster care for approximately one month before being up for adoption. 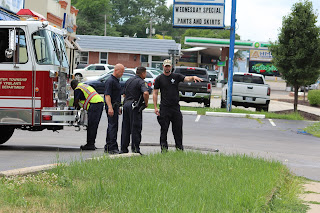 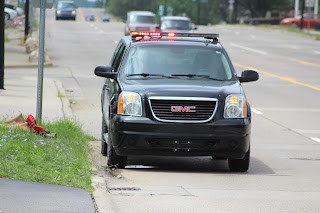 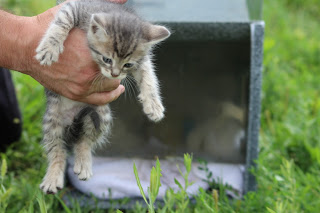 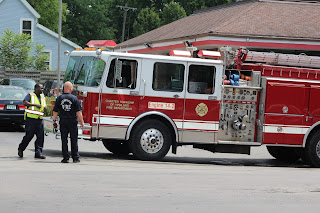 at 2:57:00 PM
Email ThisBlogThis!Share to TwitterShare to FacebookShare to Pinterest