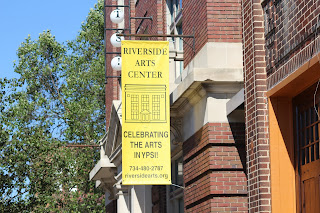 Eastern Michigan University dance professor Joanna McNamara has made dance films that have been shown in South Korea, Prague and Carnegie Hall, and right now she is thrilled about an up-coming screendance event in Ypsilanti, according to EMU.

Joanna is co-founder and co-director of Screen. Dance. Now., which is a one day festival that will be held at the Riverside Arts Center in Ypsilanti. The festival will take place Saturday, October 7 from 1 pm till 10 pm. The one-day event will showcase a media style that focuses on the combination of music, dance and film.

According to a Joanna in a recent EMU press release, “There have been choreographers and filmmakers making films for a long time,” says McNamara, “but it’s really taken off and gotten very competitive in the last decade or so, although the Dance on Camera festival in New York City has been going on for 45 years.”

After speaking to a representative from the Riverside Arts Center Thursday it was evident that that this will be a very interesting, fun and important event that you don't want to miss.
at 4:25:00 PM
Email ThisBlogThis!Share to TwitterShare to FacebookShare to Pinterest