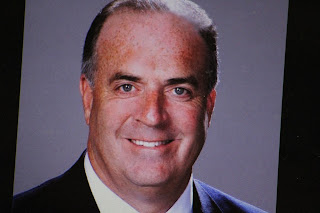 In an October 7, 2017 press release U.S. Rep Dan Kildee, D Flint Township, issued the following statement after an official with the State of Michigan testified in court that Michigan Governor Rick Snyder was aware of the Legionnaire's outbreak that occurred in Flint and surrounding area much earlier than he stated in front of Congress:

“Mr. Hollins’ testimony raises concerning questions about the Governor’s statements that need to be answered. I have already spoken to the Ranking Member of the Oversight and Government Reform Committee, Congressman Elijah Cummings, and asked that the committee immediately look into these conflicting statements. I am confident that the committee will look into this matter right away and get to the truth.
“People have to tell the truth when they testify before Congress. No one is above the law and misleading Congress is a very serious offense.”

This is a developing story.

at 5:33:00 PM
Email ThisBlogThis!Share to TwitterShare to FacebookShare to Pinterest