Approximately 150 people, many carrying signs, participated in the March for Indigenous Peoples' Day on the University of Michigan campus Monday evening, October 9, 2017 in Ann Arbor. The march began on the UM Diag at 5 pm and wound through campus, stopping in front of specific campus buildings along the way, including the UM President's house, the Michigan Student Union and the CCL Science building.

Throughout the march participants carried signs reading "Michigan is Stolen Land", "Support Indigenous Autonomy" and "Dignity and Rage", and chanted "No Pride in Genocide", "Indigenous Rights are Human Rights", and "No More Stolen Lands, No More Stolen Lives."

The march was organized and hosted by Students 4 Justice at the Univesity of Michigan, Solidarity and Defense Huron Valley, Tricontinental Solidarity Network and May Day Collective.

According to organizers, the march was intent on speaking out against injustices against indigenous people in the United States and around the world. 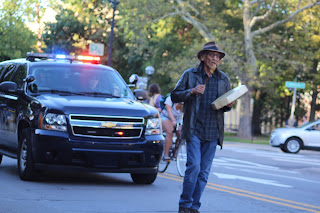 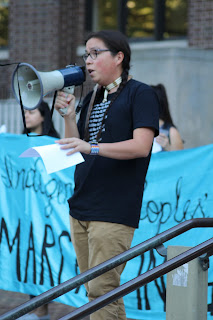 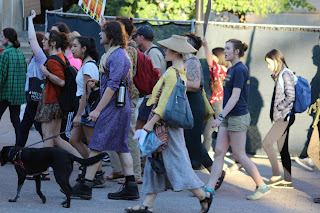 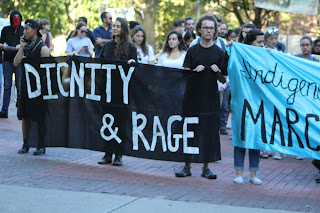 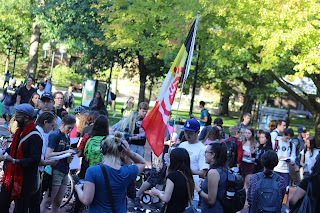 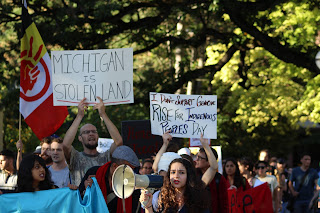 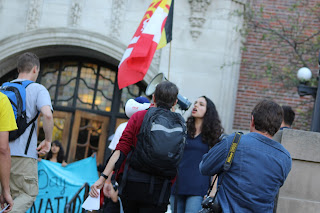 at 9:00:00 PM
Email ThisBlogThis!Share to TwitterShare to FacebookShare to Pinterest