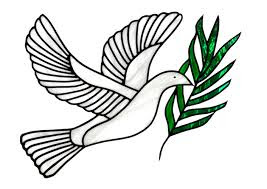 According to a press release from political director Ashley Hall, a coalition of progressive activists, organizations and elected officials across Michigan’s 12th Congressional District are inviting energized community members to participate in the 12th District Activist Summit for a day of learning, training, and momentum building for the 2018 election.

“We are thrilled to have the opportunity to participate with other activists to learn and act to elect candidates who share our beliefs in a pluralistic, respectful society that serves everyone.” said Charles Newman, Chair of Protectors of Equality in Government.

During the 2016 elections, MI-12 was the only Congressional District in Michigan to increase voter turnout from Obama’s 2012 numbers, proving that this community knows how to work together to engage volunteers, talk to voters, and win. With 2018 well underway, this Summit will be an opportunity to get involved in issues that matter to our community, while also gaining critical training on voter mobilization and volunteer recruitment efforts. Attendees will leave ready to become volunteer leaders in electoral and issue campaigns across the district.

“The energy, commitment, and know-how in Michigan’s 12th District is second to none, but we can’t take anything for granted this election,” said Congresswoman Debbie Dingell. “It will take all of us coming together to organize, volunteer, and talk to everyone – friends, neighbors and perfect strangers – so can win in 2018 and continue to fight for our values and the issues that matter to our community.”

at 9:43:00 AM
Email ThisBlogThis!Share to TwitterShare to FacebookShare to Pinterest