HUNDREDS MARCH IN YPSILANTI IN OPPOSITION TO TRUMP ADMINISTRATION.


In a show of solidarity hundreds of demonstrators participated in a peaceful march protesting the Trump administration in Ypsilanti Saturday. The march began at Bona Sera Restaurant in downtown Ypsilanti around noon. Demonstrators marched several blocks West on Michigan Ave, then headed South for several blocks before looping around back to Bona Sera.

Saturdays People Power March was coordinated by the group Love Resilience Action Ypsi. The organization advocates opposition to the Trump administration. The demonstrators, which included many families with children, were positive and upbeat throughout the march through the streets of downtown Ypsilanti.

Demonstrator/marcher Nathanael Romero spoke to Purple Walrus Press. Romero stated, "Trump has taken over the government. and rolled back a lot of progress we have made. This is an opportunity to come together and galvanize."

Throughout the nation hundreds of thousands of Trump protesters have taken part in marches since the Friday Inauguration. 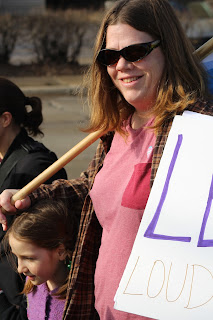 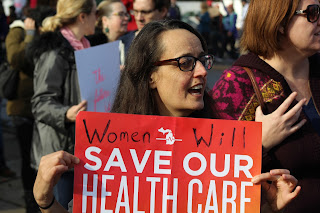 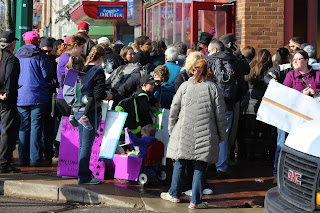 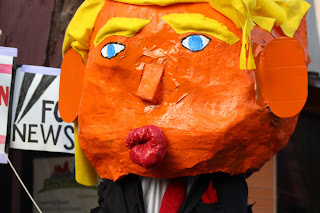 at 3:40:00 PM
Email ThisBlogThis!Share to TwitterShare to FacebookShare to Pinterest