The 3rd annual Normal Park Neighborhood Music Festival in Ypsilanti hosted by Colin Murphy took Center Stage Saturday, August 12, 2017, and it is safe to say that no one left festival without a smile. Live music from every genre filled neighborhood streets and back yards as roughly 20 bands and musicians filled the neighborhood with sweet sounds and good vibes.

The goal of the annual event is to provide an open forum event that allows neighbors the opportunity to organize and participate in any way they want to. Six houses in the Normal Neighbor hosted bands and musicians that performed sets in their back or front yards.

Among the many performers participating at this years music festival, Eric Moore serenaded listeners at 1124 Pearl Street with his brand of toe tappin' acoustic music, as over at 1109 Grant Street local group Linen Ray performed a stellar set of songs on the front porch to an ever increasing number of listeners. Local musician Adam Plomaritas joined Linen Ray for their set before performing a strong solo performance accompanying himself on electric guitar.

It is easy to see why the Normal Park Neighborhood Music Festival in Ypsilanti has captured the attention of so many music fans, solo performers and bands, as on Saturday, August 12, 2017, there was no better place to experience live music. 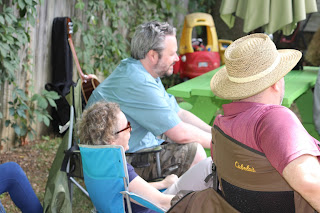 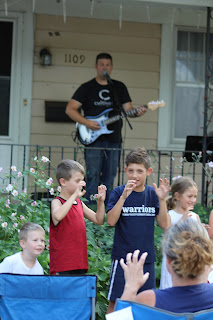 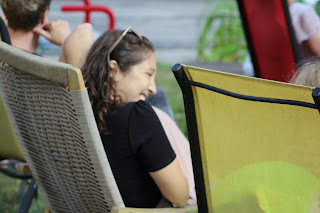 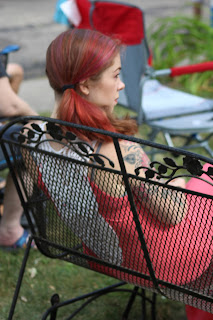 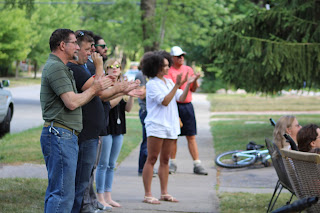 at 8:51:00 AM
Email ThisBlogThis!Share to TwitterShare to FacebookShare to Pinterest