Opinion: Joy Murray of Flint: We need to get on the right track, America. 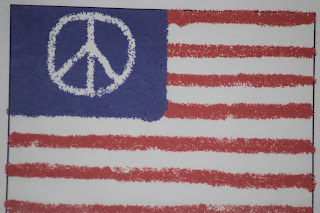 Contributed to PWP by Joy Murray.

Does Trump love confederate president Davis more than Lincoln?
I visited Richmond, VA about three years ago and commented several times on the lack of representation in statues of the Union leaders and African American leaders. We took a tour and saw the "avenue of monuments" that included Lee and Davis along with dozens of other confederates. Not one mention or statue of Lincoln! I asked our guide about this glaring absence and he had no answer (for me at least). We visited the museum of the confederacy (we visit a lot of museums-I wanted to see how they portrayed both sides of the war) and saw nothing that represented the REASON for the war. The word slavery was not mentioned once!!! African Americans were only represented in the background as to how they helped during the war. As I stated then, they whitewashed the war. I felt then that I was in a different country. I couldn't wrap my head around the absence of memorials to all the violence and pain inflicted on African Americans. Richmond loves it's confederate heroes, no matter how awful they are. Now we know that Trump loves former confederate president Davis more than Lincoln.
How much more can we take as Americans? Theresa May spoke out against the kkk violence and in support of the peaceful protesters and she's a Brit!
Now I hear that the family of the young woman killed has been getting death threats! We need to get on the right track,  America.

at 2:43:00 PM
Email ThisBlogThis!Share to TwitterShare to FacebookShare to Pinterest