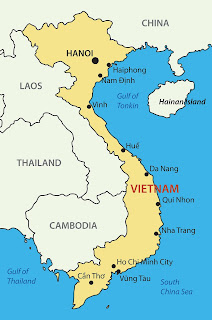 McCloughan received the Medal of Honor for his heroic actions while fighting against enemy forces near Don Que Vietnam. His actions occurred amid close combat that lasted for 48 hours in May of 1969 when McCloughan was 23 years old. McCloughan had been drafted into the Army.

According to a White House press release, McCloughan, "Voluntarily risked his life on nine separate occasions to rescue wounded and disoriented comrades." During the 48 hours of close combat McCloughan suffered shrapnel and small arms fire wounds on separate occasions, but refused to be evacuated because he wished to remain with his unit as he continued to rescue and treat the wounded amid heavy combat.
at 6:01:00 PM
Email ThisBlogThis!Share to TwitterShare to FacebookShare to Pinterest