Residents of Guam rally for peace Monday in effort to end missile crisis that is targeting the island. 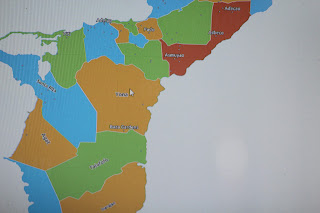 According to Guam news publication the Pacific Daily News, approximately 100 residents of Guam participated in the "People for Peace" rally. The rally was held Monday, August 14, 2017, in front of a statue of Chief Kepuha. Chief Kepuha was the islands first Catholic chief.

According to PDN, the rally was organized in response to an announcement last week that North Korea have plans to launch four intermediate-range ballistic missiles in close proximity to the island of Guam, which is a U.S. Territory situated in the pacific ocean.

According to PDN, the crowd sang songs and held signs calling for an end to the missile crisis that has placed Guam directly in the crosshairs of North Korea.

In a statement to PDN,  Independent Guahan Chairman Michael Bevacqua stated, "Donald Trump says we we'll see what happens with Guam before we decide what to do, but that might make people in Montana or Alabama feel good, but that makes us feel a little bit scared."

at 5:19:00 PM
Email ThisBlogThis!Share to TwitterShare to FacebookShare to Pinterest