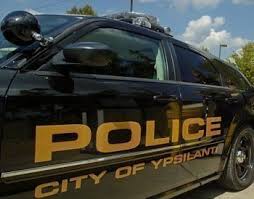 According to an August 25, 2017 press release from the Ypsilanti Police Department there was a homicide in the city of Ypsilanti on Thursday, August 24. Officers were dispatched to the 800 block of Madison at approximately 8:15 pm after a report of a shooting. Officers arrived on the scene and found a white male with a gunshot wound to the head in the front seat of the vehicle. There was a white female driver of the vehicle on the sidewalk covered in blood and hysterical.

The white female told Ypsilanti police that her boyfriend had attempted to sell marijuana to a subject seated in the backseat as they drove on Monroe. The subject pulled a gun and began to shoot.

The female stated that the subject ran Southeast away from the scene. An occupant of the vehicle contacted dispatch and was picked up in Ypsilanti Township. and brought to the Police Station for questioning.

According to Ypsilanti Police, the victim was was transported to the hospital but later died.

at 9:58:00 PM
Email ThisBlogThis!Share to TwitterShare to FacebookShare to Pinterest